This morning I upgraded from 166 to 167. Once the install completed with no apparent errors, I used the GUI option to reboot with a forced filesystem check. The unit rebooted, but failed during the reboot due to an apparent syntax error in the e2fsck command. The error was reported as an unknown option ’ ', and there did appear to be an extra space immediately after the “-f” and before the filesystem was specified. I executed the command manually and was able to continue the boot successfully.

I’m in the middle of my workday, so I can’t re-test this scenario at the moment, but if someone else on 167 could execute a reboot with forced filesystem check, I’d appreciate it if this issue can be confirmed before I report it. 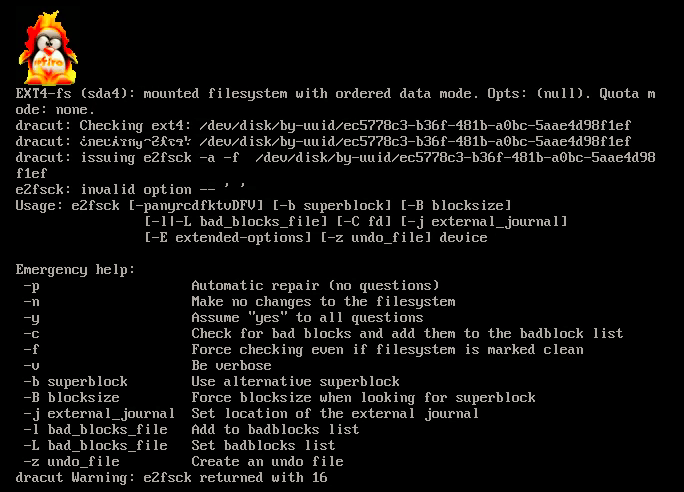 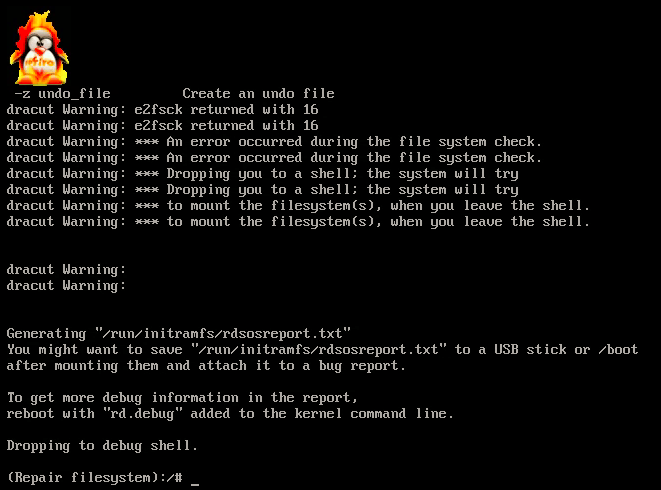 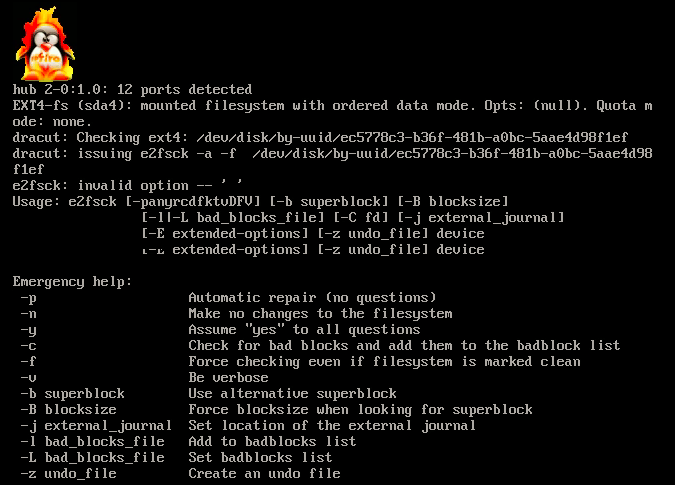 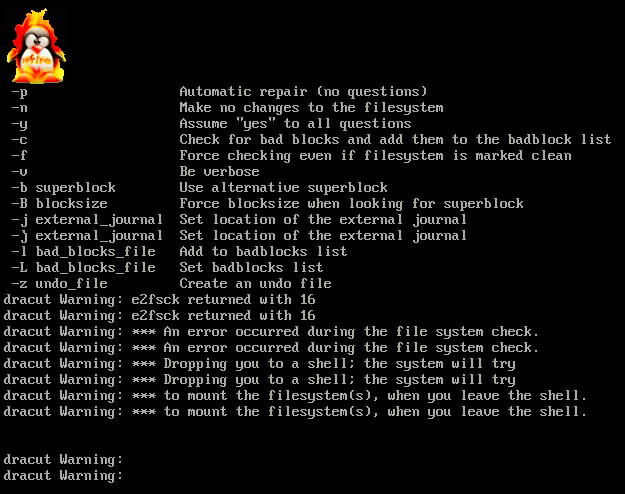 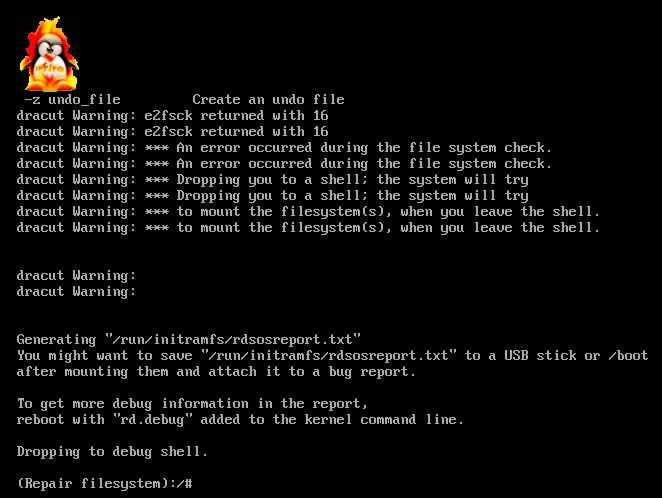 Thank you very much; I guess that it is confirmed. I’ll take care of the bug report and reference this thread with your screenshots.

@tphz: Did you try to manually perform e2fsck -a -f /dev/disk/<…> ? That’s what I did immediately after the initial crash.

No, I just checked to see if the error persists.

Yes, I had the same issue

since this just came up elsewhere: This bug has been fixed in the stable release of Core Update 167.