How to configure network adapters for higher internet speed, they work at 100 megabits per second, although they are gigabit

At my knowledge usb power save is diabled in IPFire but usb is not ideal for networking use. Many computers have root bridges that has a maximal bandwich of 480mBit (unidirectional) which is shared for all ports on this bridge. So the usb hostcontroller is the bottlenek.

Please post the output of:
ethtool
and
lsusb -t 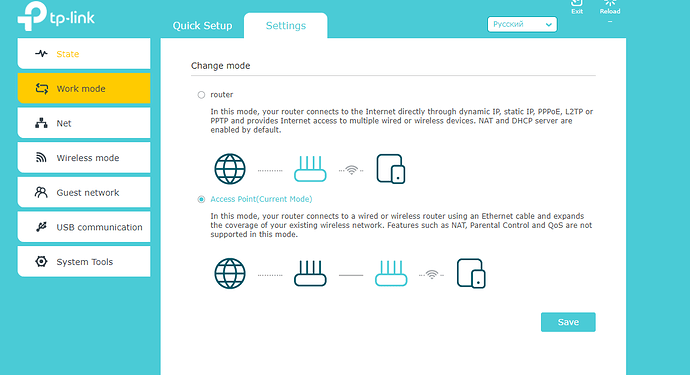 For the ethtool command you have to add the device name to it as well.

From your diagram you have only two network connections on your IPFire so they will be red and green so you need to run these two commands
Edited to show the two commands as being on separate lines.
ethtool red0
ethtool green0

You can see the device names by running
ip address show 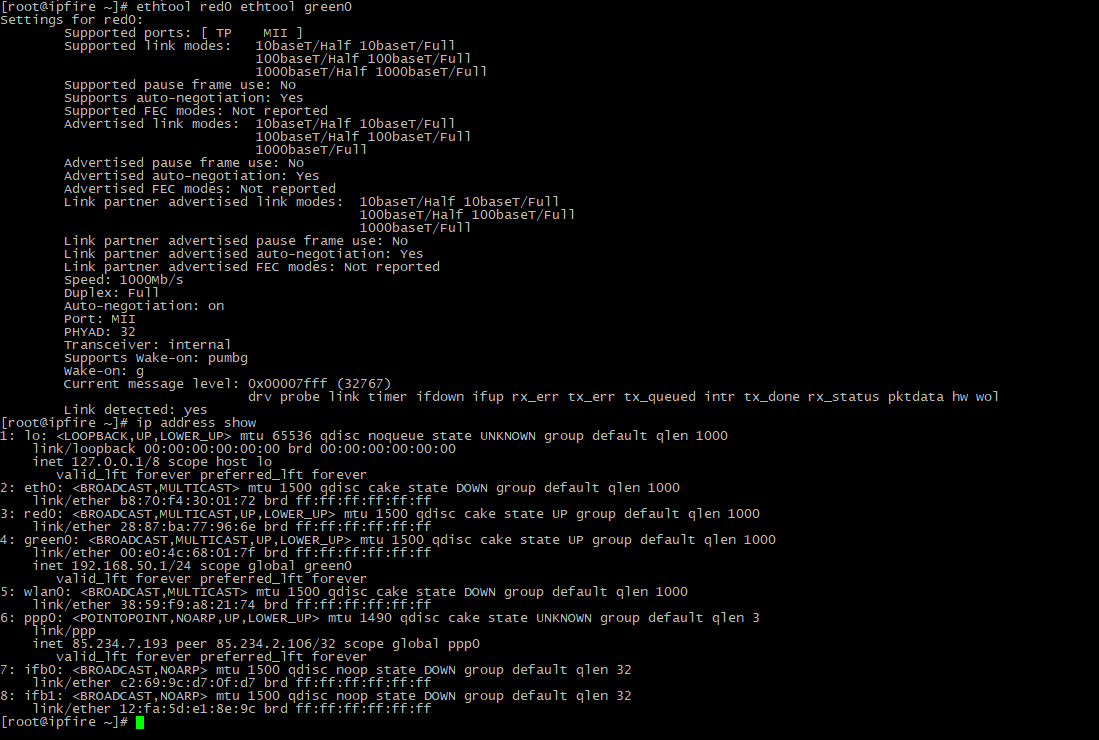 What could be wrong?

You ran the commands
ethtool red0 ethtool green0
as a single command. My apologies for any confusion in my post. I entered them as two commands on different lines but the discourse forum software changed that into a single line command. I will edit my earlier post to make it clear.

These need to be run as two separate commands.
The combined command you used only provided the data for the red0 interface as etchtool ignored everything after the red0

I don’t use usb based network adaptors on any of my systems due to the issues with speed and reliability that many people on this forum experience from time to time and the limitations that @arne_f mentioned in his reply.

One question I do have is if you have the Intrusion Prevention System (IPS) turned on. Even with wired ethernet interfaces this can have an impact on the speed capability of the system as it uses a lot of cpu capability.

You have connected two realtek 8152 devices to one 480M roothub. It is shared between both adapters and also the directions. So much more than 240M is the theoretical maximum if the traffic is only in one direction and has no overhead… If the traffic is bidirectional (most cases) 120M is the maximum.

Your red nic is configured for gigabit the green clear yet because you have not pressed enter between both commands. 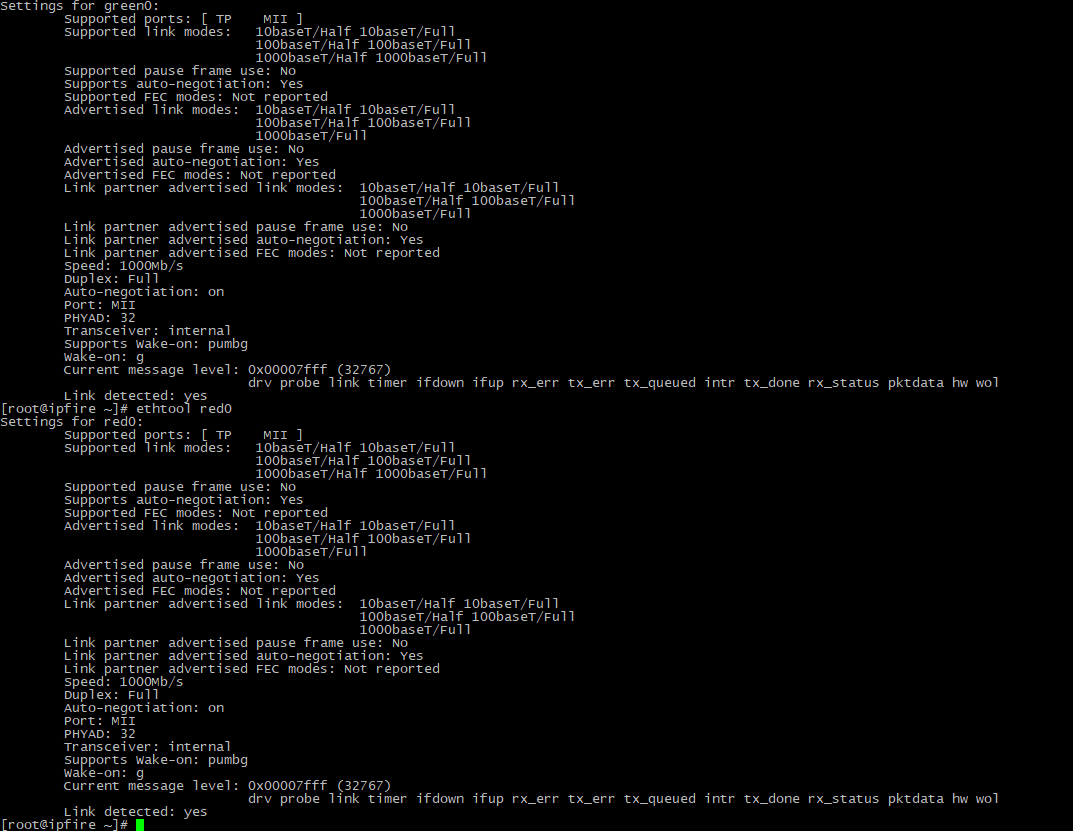 And how then to make so that the speed was more?

What is the IPFire device? Please post the fireinfo link:

My fireinfo profile - The IPFire Wiki

This device is based on the IPFire operating system. You understand me?

What people are asking is “what hardware are you running the IPFire on”.

The output of 'lsusb -t" indicates that, at best, it can do 240 Mb/s, but only after you move one of the USB ethernet adapters to a different USB socket.

If you need 350 Mb/s, then you will need to run IPFire on a different computer.

This is a laptop, now I generally want to buy a full-fledged server computer, with two network cards, but I want to deal with this