IPFire is a great firewall software. It is small but powerful, and it is very interesting to distinguish different networks by color. I am from China and I am a volunteer for pfsense and OPNsense Chinese language translation. For the convenience of Chinese users, after a week of hard work, I have translated the latest version of IPFire’s PL language file into Chinese, but I don’t know how to submit it to the IPFire developers. please help me!

Hello fxneng and welcome to IPFire.
you can find in here --> https://lists.ipfire.org/pipermail/development/2019-October/006431.html already a translation begin to Chinese language. In there you can also deliver your language file diffs. To participate in this topic the subscription to this mailinglist can be made in here --> https://lists.ipfire.org/mailman/listinfo/development .

Have tested your patch also which looks good in my opinion 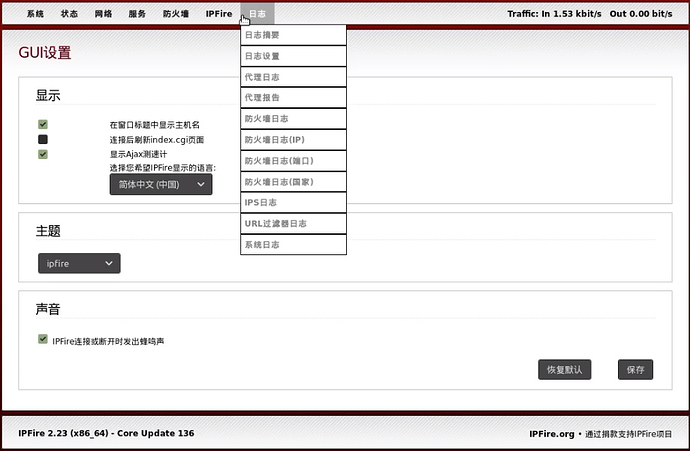 Thanks for your work.

But there is no Chinese patch yet

From the patch mailing list history it is clear that the developers would be more than pleased to have a Chinese Language patch provided but as none of them are familiar with the language it needs to be provided by someone who will commit to supporting the Language File with any updates as new or changed wording is applied. Just having an initial file provided but then after some initial input no further follow-up will not end up being accepted into the build.

If you or someone else is interested and willing to support this on a long term basis then please join the developers mailing list and start the conversation.
https://wiki.ipfire.org/devel/contact