How can i remove this error? 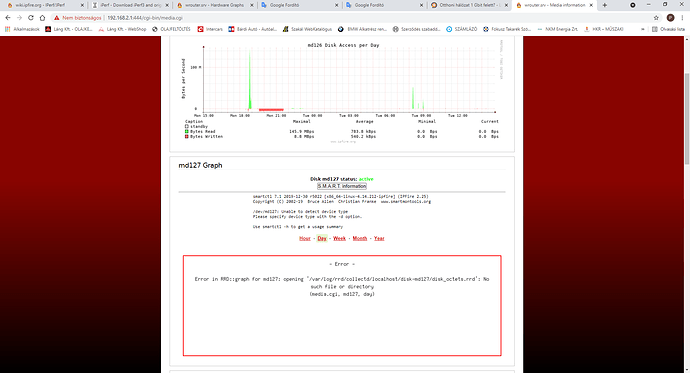 What sort of device is md127?
Can you see it with ls -1 /sys/block ( the method media.cgi determines the disk devices )?
( maybe ll /sys/block enlightens more )

What was being done on the IPFire system just before this message was seen.

What sort of device is md127?
Can you see it with ls -1 /sys/block ( the method media.cgi determines the disk devices )?
( maybe ll /sys/block enlightens more )

What was being done on the IPFire system just before this message was seen.

When I installed ipfire there was an ntfs filesystem on this raid array.
I completely deleted everything from the raid array and created a logical partition and formatted it to ext4

Do you have one or two RAID arrays?

What shows up on the menu Services - ExtraHD 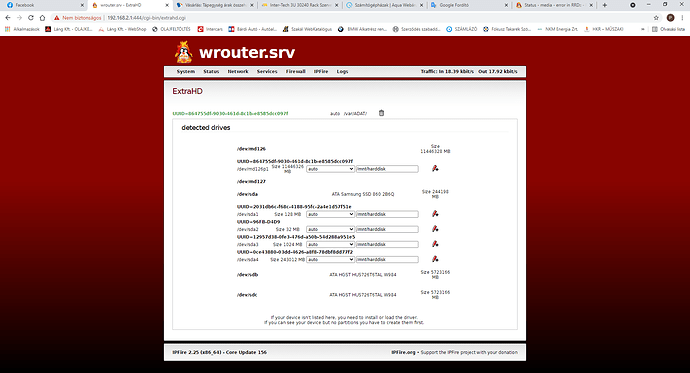 The combination of external:/md… on one raid array and external:imsm on the second raid array I have found to be mentioned as related to when proc/mdstat breaks its parsing when dealing with Intel bios Raid

Was your original raid with the ntfs system based on Intel bios Raid? If no then I have no idea why mdstat is showing what it is showing.

From what I have read, Intel bios Raid has created md127 as a container. The actual raid array created inside md127 is md126.

From what I have read mdadm status programme mdstat can’t parse the Intel bios Raid containers properly so you get this inactive raid container showing up.

Either way my suggestion, if you have not stored any data yet on the sdb/sdc raid array, would be to stop the array, remove the individual drives from it and then clear the superblocks from sdb and sdc and start over with creating the raid array using the mdadm commands, maybe even going back to setting the partitions up on sdb and adc with fdisk as fresh Linux raid partitions before creating the raid arrays.

Was the raid array with the ntfs filesystem on it working with IPFire. What I am not familiar enough about is if IPFire can recognise this raid array inside containers structure or not.

All my raid array experience is with the basic mdadm v0.9 and v1.2 superblock format approach and I have not used raid on IPFire.