RPI 4 not working with ipfire anymore

With the faulty arm update core 166 → core 167 my RPI ipfire installation broke. I flashed 3 different uSD cards with the core 166 and core 167 images multiple times. However I always run into a boot hang.

I see the boot loader screen and then a blank screen with 4x ipfire logo on the top. The device restarts a single time and I see the same screen… nothing happens.

The green onboard LED falshes twice in a delay of a second. I flashed the raspberry pi os and it works fine. Also it says that the installed bootloader is up to date.

When I installed ipfire on my RPI it was core 158. I think I updated the bootloader some time later but it still worked until yesterday.

Any ideas why it doesn’t work anymore?

Can you post a screen shot of the error?

Do you know what version of RPI4B you have? Or have you run this command in the past?

PS - the above command is only for the raspberry pi OS. It will not work on IPFire.

but first boot , resize disk , ok ,
when reboot i see menu on red screen ( writed use arrow )
but keyboard no work but light is on …

try this one …
all other release i have multicolor screen when i turn rasp on ,
an no boot , green light no work …

i dont see private message ,
any telegram or else for talk and not spamm board ?
i just retry to réinstall it ,but same bug
raspberry is on ip 20 , but i dont have interface … over http 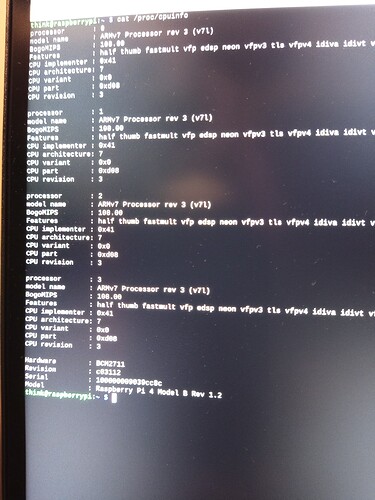 That’s the screen I got: 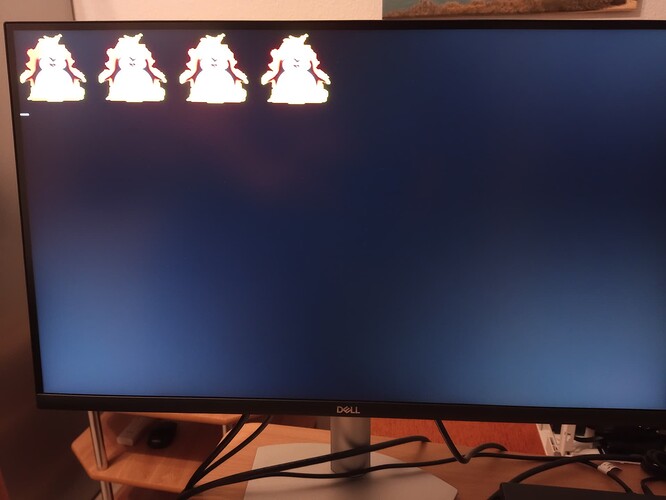 That’s the screen I got:

The four logos with no text look familiar. Did you see this:
https://wiki.ipfire.org/hardware/arm/rpi/four#troubleshooting

Thank’s for the hint. Stupid me. That’s it.

it may have been over written by the update…