Routing with several network with GREEN ORANGE and RED

i have created the two networks “dog” and “msg”. The red boxes at the left side are ipfire systems. The msg-ipfire-system is connected to the dog-network with the orange network interface. Now i want to communicate from one of the msg-systems (lets say “msg-sdb-prd-01”) to “dog-rpxy-prd-01”.
I think communication from msg-GREEN to msg-ORANGE is allowed by default. 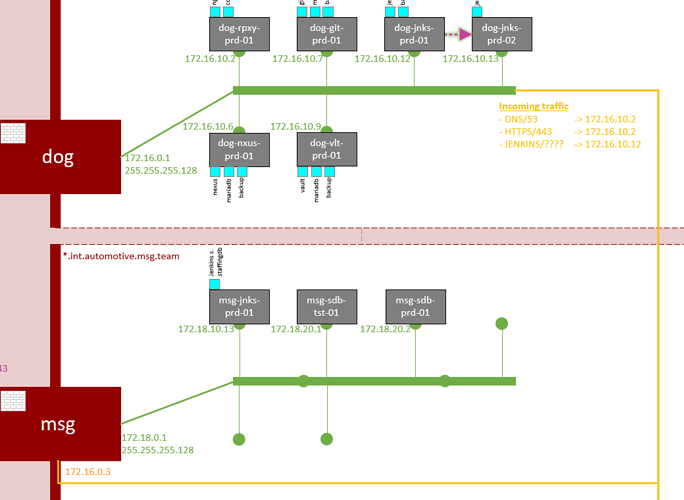 Do you have any idea?

Has anyone deployed routes to clients with DHCP options before?

Hey folks,
i tried to add a routing option to DHCP. But in ipfire there is just a old option “static-route” available. So i added thw manually the 2 options “rfc3442-classless-static-routes” and “ms-classless-static-routes” to /var/…/advoptions-list which enables myself to add the option in the ipfire gui. And now the options will be deployed to the client and communication is working.
I created a pull request on github with the both new options. You will find the pull request here: https://github.com/ipfire/ipfire-2.x/pull/67
Regards Dave