Hello everyone, last days I’ve been working on IPFire 2.23 update 139, and have problem with DHCP Server. First round testing the ISO file format from official repository.
Second round when have downloaded the source code from git repository 2.x , compiled, I got the ISO image and test again just to found the same issue.

Does anyone has the same problem ?

I have done some tshoot like, restart the DHCP server manually, create manually the .pid file with rigth permissions etc, but nothing works for me already. 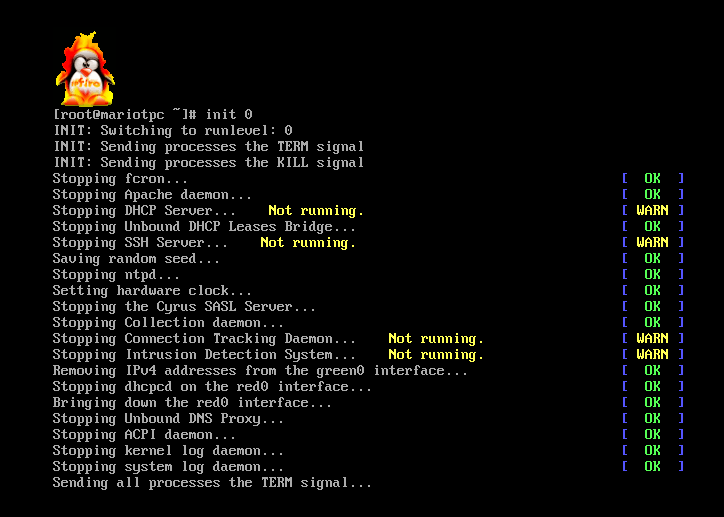 To answer your question: “Does anyone has the same problem ?”
I don’t have that problem and testet about 4 installations with 139 right know.

Kind of stupid question: are you sure you’ve activated the dhcp server for green/blue? Because this is normal if it’s not activated at all.

My problem was related to eth0 driver on green0 interface, thank you for your responses.

Make sure that the green DHCP range and the green IP is in the same network. If this not match the dhcp server refuse to start.