QoS not working after upgrade

I been using IPFire 153 on a green+red setup quite happily for about 4 months. Last night, I decided to do some upgrades: did a fresh install of IPFire 155, and also put in a new 4-port NIC so that I can set-up green+red+orange+blue.

In my previous configuration, QoS was working well. Here’s a screenshot: 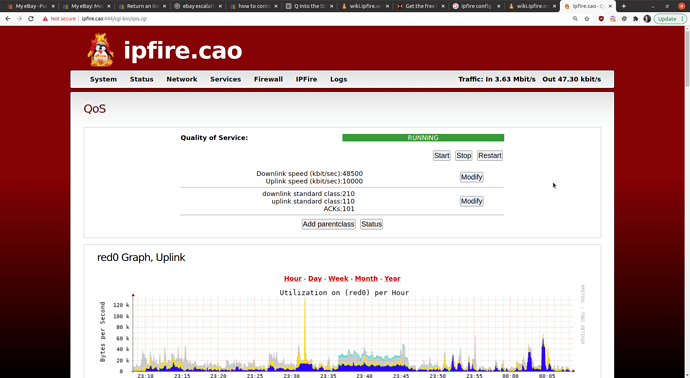 However on my new set-up, after turning on QoS, it doesn’t appear to be working. For one, no data is shown on the graphs: 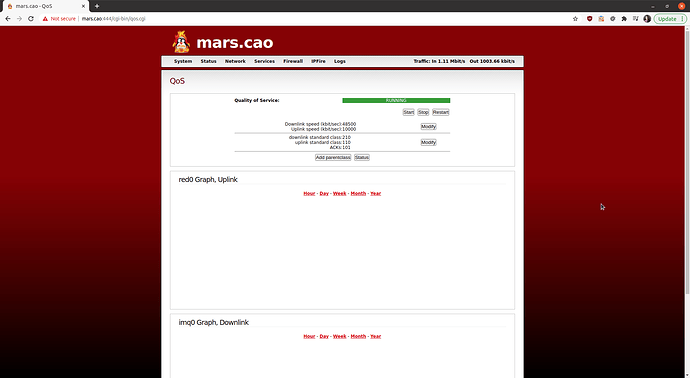 image1920×1053 109 KB
And two, I ran a quick coarse comparison b/w QoS in the “RUNNING” vs. “STOPPED” states, by starting a speedtest, then $ ping 8.8.8.8. In both cases, the ping during the upload phase of the speedtest, both increased dramatically from ~10ms to 200ms+, which also indicates to me that QoS really isn’t “RUNNING” when it says it is.

How should I go about debugging this issue? The IPFire Wiki page on QoS doesn’t have much to say on troubleshooting.

I’m a fool. I didn’t select preset, but just clicked “save” instead when I first turned on the QoS. So no classes were generated. In short, user error. Apologies. Please close this non-issue.