Proxy problems with a URL

But if I try to access www.foke.es, it also happens.

I have fixed it by modifying the file: /etc/sysconfig/firewall.local, but I guess it’s not normal. How can it be solved?

this is caused by the detection of selectively announced networks:

For some reason, the folks at www.foke.es decided to put an IPv6 address into the DNS pointing to a non-routable IPv6 range - similar to 127.0.0.0/8 for IPv4. This triggers the anomaly detection.

Similar to this thread, you can either…

In addition, it might be a good thing to get in touch with the IT staff at www.foke.es, so they can fix or remove the faulty IPv6 address record - this is especially bad for people not having IPv4 connectivity anymore (and we all strive for that, don’t we

Guau!!!. Great explanation. Thank you very much for explaining it so well.

Out of curiosity I tried the ‘www.foke.es’ URL. And my IPFire box also showed up!

Is this expected? Or should I panic?!?

should we ever publish an IPFire handbook in a paperback version, “don’t panic” would be a great cover indeed - similar to The Hitchhikers Guide To The Galaxy.

So, no, there is no need to panic, and this expected: The anomaly detection for selectively announced network basically triggers on any destination libloc does not find an Autonomous System to in the database currently present on the IPFire machine in question.

This includes IP space being not globally routable, such as RFC 1918 (192.168.0.0/16 et al.) - the idea behind this is people operating legitimate websites do host them on IP space that is globally announced. “Internal” sites, such as ipfire.localdomain, are some sort of collateral damage here. Sorry for causing confusion.

By the way: The ASNBL helper script, which performs both the Fast Flux detection and the detection for selectively announced networks, can be called interactively like this:

Changing to another user is necessary, since it won’t run as root for security reasons. Afterwards, you can query any FQDN or IP address, and it will result OK in case of a hit, and ERR if the destination is fine:

ipfire.org is begin, the next one is the FQDN Roberto had issues with, while rcacademy[.]at (brackets inserted for preventing accidental access) is a real-world example of a malware domain being hosted on a Fast Flux network. See also its VirusTotal result.

Perhaps this makes things more transparent. As always, feel free to play around with /usr/bin/asnbl-helper.py, and drop me a line in case of any questions or quirks.

Thank you for the info! I was having a terrible time getting started with the Wiki. (I will probably need LOTS of help with the Wiki ← hint, hint)

Is this where asnbl-helper.py is from? 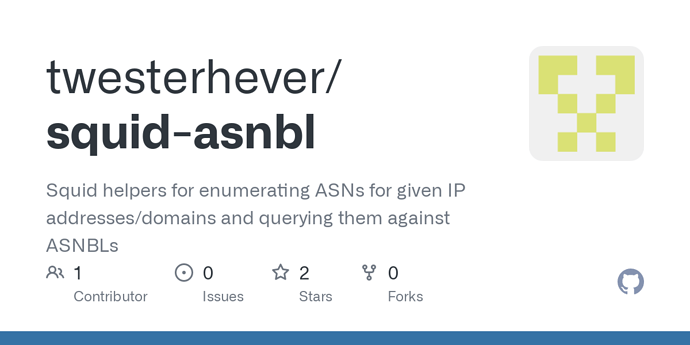 As always, feel free to play around with /usr/bin/asnbl-helper.py, and drop me a line in case of any questions or quirks. 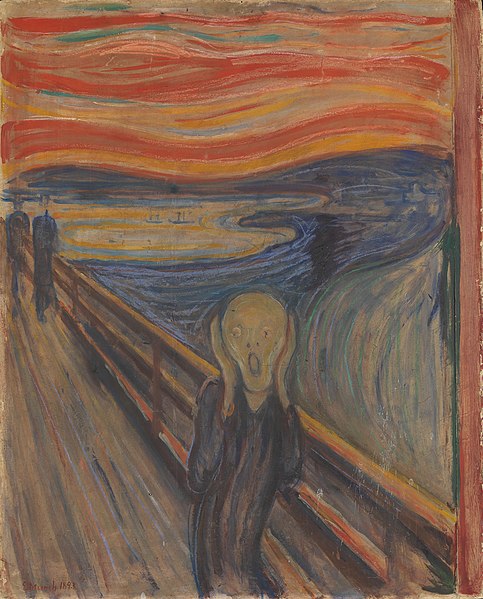 I’ve been getting these error messages:

And I found many different local IP addresses and local hostnames in the cache.log.

So now I am adding one IP address (or hostname) at a time.

Is there an easy way to add a range of IP addresses?

yes, this bypass is not implemented for IP address due to technical constraints. Please refer to this post for a possible workaround.

I have been using the proxy for a short time.

I have noticed that from devices that need to use the proxy (iOS, AppleTV) there are problems when I want to access my Logitech Media Server (LMS) when “Anomaly Detection” is enabled. The LMS itself is running in a jail on TrueNAS CORE and is not yet configured for proxy. LMS is a Music Server.

Devices (eg. PiCorePlayer) that don’t use or don’t need to use the proxy seem to run normally

Deny access to destinations hosted on selectively announced networks: => When I disable this, everything seems to work on the iOS device (App and Browser).

This gets a little better when I also disable “Deny access to destinations hosted on fast flux setups” (but still not as without proxy).

There is very little legitimate reason for using a Fast Flux setup. I’d be truly surprised to learn Apple products rely on it…

I have just played around again briefly:

I think that was access from Safari (iPhone) to the LMS.
The message in the log does not reappear (although I get the same message from IPFire in the browser and I get access to the LMS).

I think that was access with the app iPeng (iPhone) to the LMS.

After that I think I disabled the following:
Deny access to destinations hosted on selectively announced networks:

Jan 04 23:53:39 squid-asnbl-helper[8389] WARN: No ASNBL configured. This is acceptable as long as this script is configured to do anything, you just have been warned…

Jan 04 23:53:39 squid-asnbl-helper[8391] WARN: No ASNBL configured. This is acceptable as long as this script is configured to do anything, you just have been warned…

This should have been SlimLibrary (AppleTV).

Do you have an idea?
I can post more if you need it.