I have an IPSec tunnel that I have been using iperf3 to test speed. I’m on a 50/12mbits link.

I was getting only 25mbits maximum when doing iperf across the IPSec tunnel. If I bypassed the tunnel to the same iperf server, I would get 47mbits which is pretty well bang on what I’d expect.

Looking further into it, I found that after disabling QoS, I could get 47mbits through.

So it became evident to me that QoS is doing something to cripple my IPSec tunnel.

Having a look I could see my correctly categorised VPN traffic, and also some default traffic (which was iperf). I guess in theory the iperf traffic and the VPN traffic could be competing with each other? 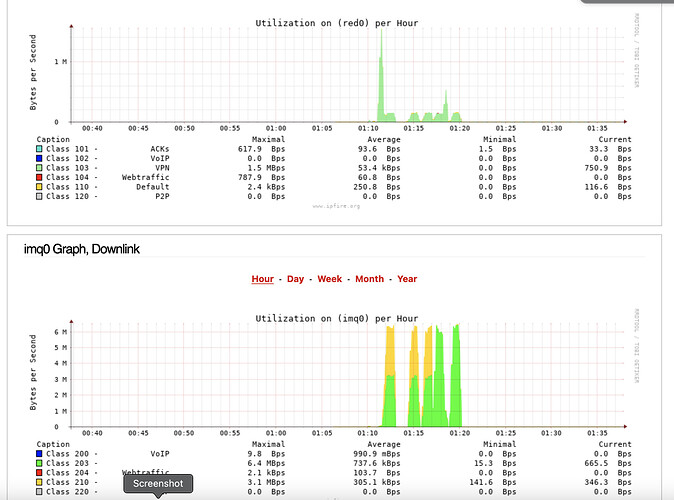 See all the nice green VPN traffic, no conflicting or competing traffic.

Above is my categorisation of VPN traffic.

I also have the error mentioned by someone else in another thread:

When I reboot the IPFire device that error message is in the logs from startup. I am guessing that QoS is borked for me?

This is my iperf through the ipsec tunnel with QoS on: 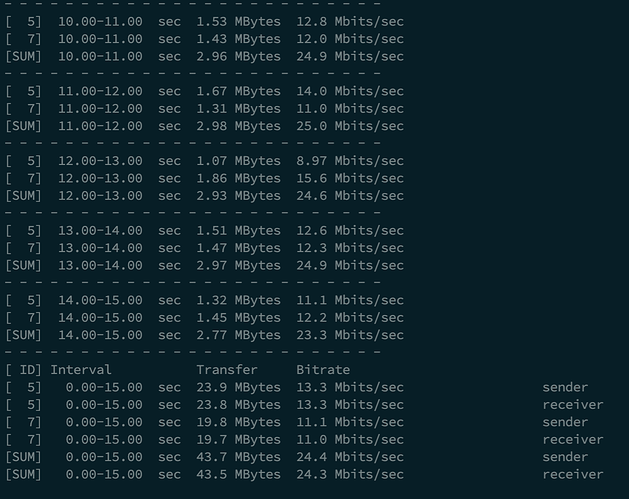 This is my iperf with QoS turned off: 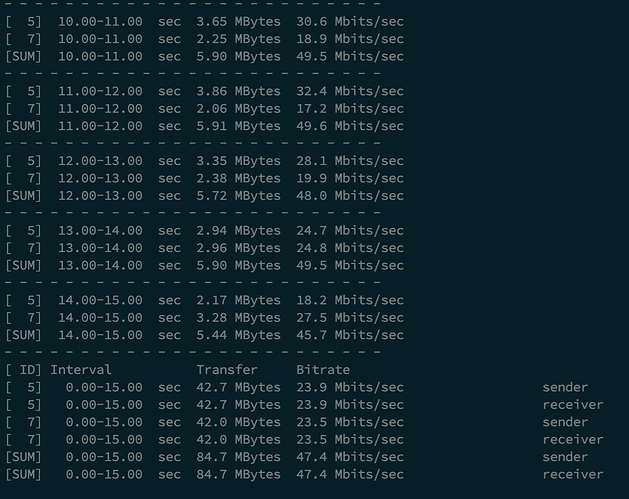 You can see the big difference right? So QoS is killing my S2S tunnel

This is a double post. It is not really helpful to flood this space with the same problems over and over again…

Sorry I thought it might be good to put just this specific one in the QoS category, and I went into more depth here for investigation into the QoS side.

There has been a series of double/triple posts and I do not really know where to reply to. I would rather just leave it instead because nobody will be able to follow the conversation properly any more…

Its fine to delete it if you want because I guess you know about it so that’s the important part.

I am confused because 12642 – QoS does not correctly set fq_codel qdisc is closed as not a bug.

But I think I definitely have a bug (but admittedly could be unrelated to that bug description). Should I create one on bugzilla?

But I think I definitely have a bug (but admittedly could be unrelated to that bug description). Should I create one on bugzilla?

Yes, you can create a ticket, because I can reproduce this problem.

I am confused because 12642 – QoS does not correctly set fq_codel qdisc is closed as not a bug.

This is not a bug, but rather a user error.