Hi!
I read that “Text editor nano is now part of the core system, to provide users with an alternative to vim without needing to install an add-o”

If I have the addon nano now, should I remove it before the update? Or it doesn’t matter?
/raffe

Leave your nano as it is. The update will leave it in place but will just remove it from the addon list.

Confirmed with a CU167 update on a vm of mine that had nano installed as an addon.

Everything working fine after the update and I just left nanao as it was.

Is the nano addon still there? (it should be gone!) 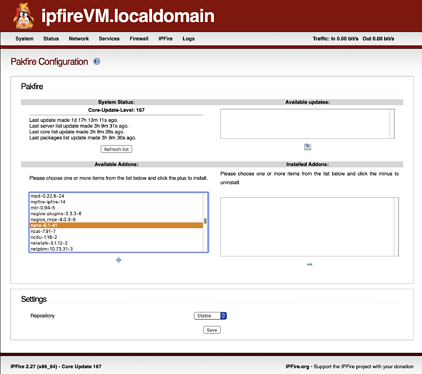 I just had a look and it is in the list. As nano is no longer an addon it needs to be removed from the list of available addons that get downloaded from the IPFire Server.

Probably best to flag it with an email to the dev list.

I thought I had added it to bugzilla late last night but I must not have hit the submit button. Ugh!

It looks like nano is not part of the system 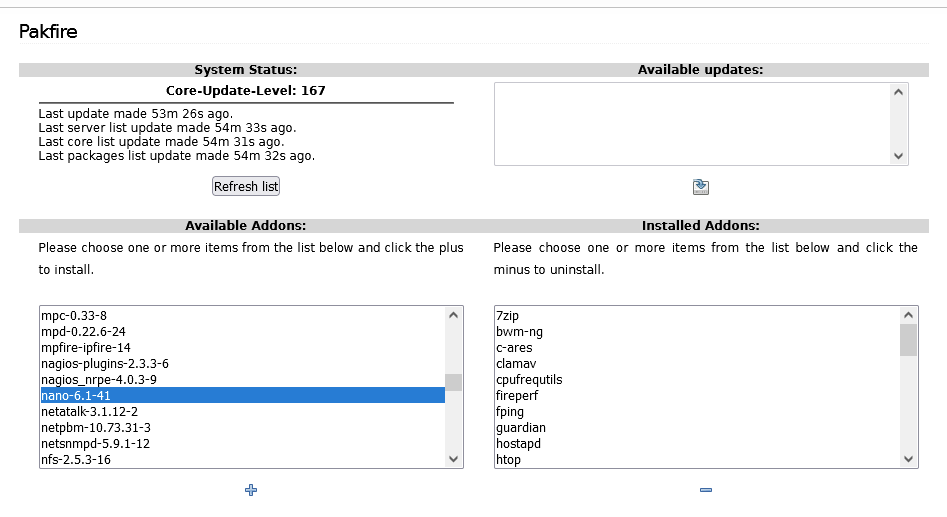 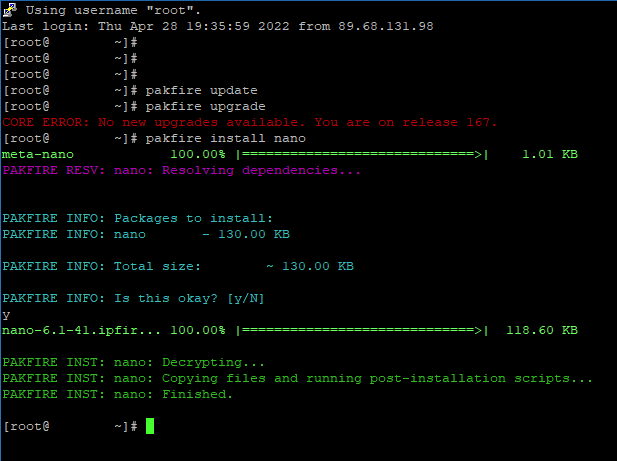 do a pakfire uninstall for nano. then try launching nano from a command line. It works for me

OK, I didn’t check running nano from the command line before.
Sorry. My mistake.

I checked on a new installation CU167 on a VM.
I can run nano from the command line and I can install nano from pakfire.