It seems the HDD is full. I am not very good in Linux, so could anyone tell me, what to do, to delete no longer used files. (logs? updates?) 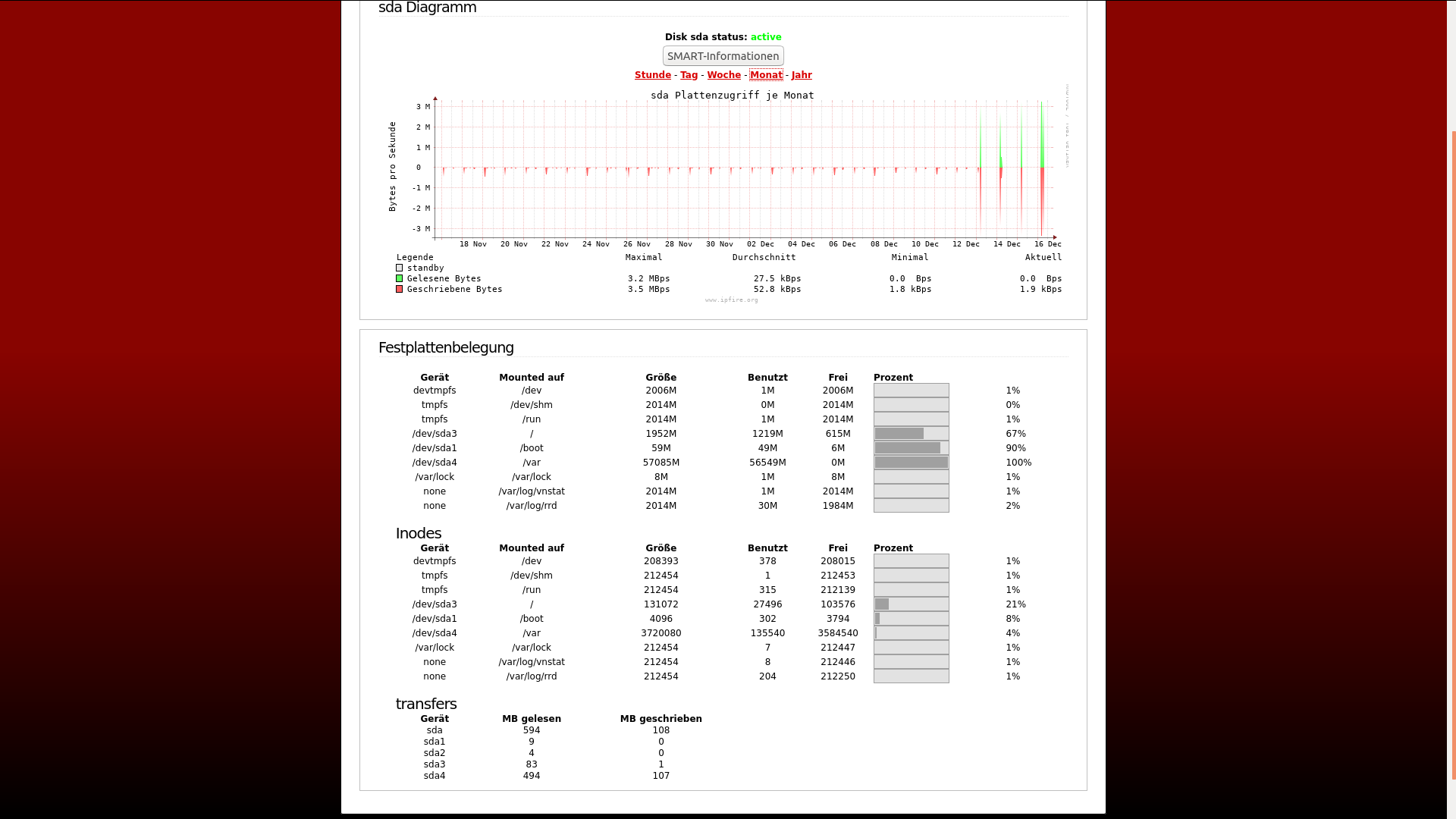 seems your /var is full, try this command from the konsole, du /var -d1 -h this will list all the subdirs in /var with size. (du is disk usage, -d1 is depth 1, go down just 1 dir, -h is human readable size). Maybe /var/log is taking too much space so you could delete old files. you can try, du /var/log -d1 -h

This is the result:

I think it would be helpfull, to delete the content of /var/updatecache

Which is the correct command to delete the content of a complete directory?

Do you have the Update Accelerator enabled ?
Before you delete any files manually, you should check this first.
In the IPFire-Wiki there is an section describing the Update Accelerator and its functions. If you scroll further down you can see that there is a button in the gui to purge/delete files and you also have the option to configure max. disk usage.
Hope this is of any help

But unfortunately it seems something is broken because of the full disc.
There is no possibility for me to get a connection to the internet. (getting update information or updating to a new version of Ipfire)

Because of that I installed the complete system on a new disc.

Now everything does work fine.