There are too many updates too fast

I notice that after the update all my PC with Ubuntu Complain that the connection is not good ( I get a question mark at my network connection).
on ubuntu they say to turn connectivity checking off.
But why turn something off if i did not have problem till now?
but after turning it off it is still giving the same problem.
I don’t know where is this coming from I did not have this problem before.
where do I need to look and what do I need to look for?

what do you mean exactly by “complain that the connection is not good”?

Sounds like some WLAN issue (which I do not use for security purposes, but I
might be old-fashioned

), but is way too generic for debugging purposes. 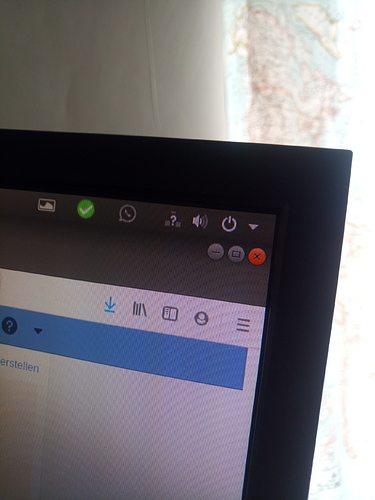 The question mark can be turn of here in Ubuntu : 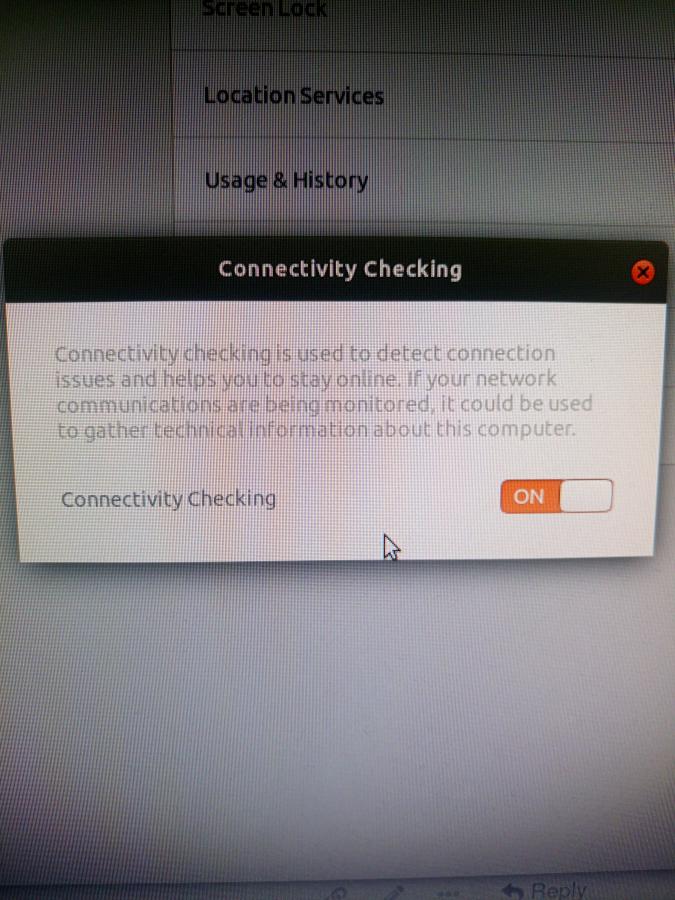 this appears to be something similar to Microsoft NCSI (Network Connectivity Status Indicator),
which sometimes is described as “a false negative to try ruin your mood”.

"[…] contains a configuration file which enables Network Manager’s connectivity checking
functionality. Network Manager will try to connect to an Ubuntu server to determine the
connection status. This is particularly useful for captive portal detection.

No user data is transmitted in the connectivity checks, but merely contacting the Ubuntu
connectivity check servers reveals that the user is running an Ubuntu(-based) operating
system with Network Manager."

First, such tests always leak your public IP address to the owner of that service.

Second, it does not seem to be useful in your scenario as you are most likely not behind
a captive portal. Since it is unclear what exactly makes NetworkManager think your
connection is bad, I would recommend to turn off this “feature”.

First, such tests always leak your public IP address to the owner of that service.

ok, Peter, I turn it off before but did not see a deference, maybe I need to leave it off and reboot or so, I notice this problem since I upgrade to 144 before with143 did not have that problem at all.
If I reboot the ipfire after it is up and running the problem is gone so that is why I am thinking something is deference in the IPfire that is causing this.
And if i can do something to find out what it is would glad to help maybe i finally help with something.

I guess it is doing it now, the only thing is i am using Livepatch from Conical witch is Ubuntu ant that also complain about it.
With the LivePatch it dont conect to the server and cant get update.
I am thinking that will be more Ubuntu users who will come with this problem soon or later.

The other strange thing is ( again) that I did not have this problem with 143.

@pmueller , Thanks for your help and advice, I figure out what it was/is its one of my new AP that i install the same day that I upgrade IPfire, this AP can run a DHCP server to and that was on so it was giving conflict whit the IPfire witch is officially the one that should to that.
I saw it by your advice of debugging!! Thanks again!
Now every thing is working without turning anything off the way it was before, and Livepatch is working again.

As per my parallel discussion with Terry over the weekend:

In the BLUE ACCESS page there is an issue where if you delete certain IP address leaving only a
MAC, then the GUI page does not always update the deletion and set the IP to NONE.

When EDIT is pressed, the IP is clearly deleted from the stored record so this is a webpage artefact.
It does not affect all lines and there is no discernable pattern as to why it does for some, not for others.

Also - small point - if I delete the IP address, and it works properly - it says “NONE” whereas in reality
“ANY” would be more accurate (as Any IP associated with the MAC would be allowed)

please file a bug report at Bugzilla for these. In
case you need more information about reporting bugs in general, https://wiki.ipfire.org/devel/bugzilla
might be helpful.