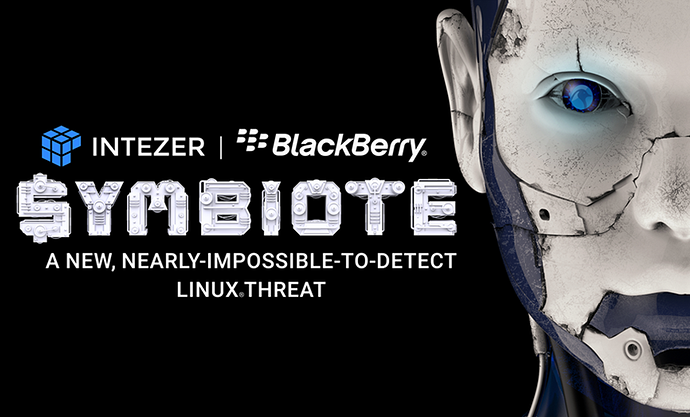 There's a new, nearly-impossible-to-detect Linux threat that may be hiding in your running processes. Learn more about "Symbiote," discovered via new joint research by Intezer and BlackBerry.

Symbiote is a new Linux® malware we discovered that acts in a parasitic nature, infecting other running processes to inflict damage on machines.

if I may comment on that one: These days, we see a lot of reports on malware targeting Linux machines, both botnets and backdoors/rootkits. There are two common aspects that struck me:

To cut it short: Please, please, please, install Core Updates on IPFire as soon as possible, and ensure your entire IT landscape is provided with updates of any kind in a timely and thorough manner. Or, to put it more bluntly: The time you save doing so is then wasted on incident response, and trying to scrub infected systems - which is, given the sophistication of post-exploitation activity, more difficult by orders of magnitude.

I agree. One of the areas I suppose could be improved would be autoupdate and alerts. I know ipfire has an email configuration for sending emails. However I don’t think I’ve ever received an email bar the test one I’ve set up with. It might make sense to send an email alerting of an update for each box to inform admins there is an update pending. Or another option is auto updates outside of hours, with a tickbox to select auto restart or not.

thanks for your suggestions.

It might make sense to send an email alerting of an update for each box to inform admins there is an update pending.

To be frank, I don’t think that is a good idea: Organizations only running a few IPFire machines could just register at www.ipfire.org so they receive e-mail notifications regarding new blog posts, which includes release announcements.

(Actually, this might have the benefit that they realize the availability of testing updates, and hopefully consider participating in testing.)

E-mail notifications for larger organizations would mean a flood of notifications as soon as a new Core Update is published. For such entities, it is probably more feasible to do something like

over all of their IPFires once a day, and compare the outputs against the current Core Update. This also reveals incidents where fetching update/package lists fails, whereas in case of active notifications, such systems would simply remain silent, most likely overlooked by the appropriate IT divisions.

Or another option is auto updates outside of hours, with a tickbox to select auto restart or not.

We did feature that once, but it has been removed way before I joined the IPFire project. There has probably been a rationale behind this change, but I alas cannot recall it.