Anyone is running a Roku streaming device or Smart TV behind IPFire?

I am having issues with most of the Apps not streaming videos. Apps will load and let you browse but when you click play it will just give me an error. Youtube app will just keep loading or black out.

Streaming videos works fine using a browser o a PC but not using an App on Roku.

Location block (GeoIP) is ON.
IPS is ON
Proxy is OFF
URLblock is OFF
I don’t see anything blocked on a blocklist,

The only thing I see in Firewall Log is:

OUTGOING on Green0 From RokuIP

The destination IP’s seem to be for AWS, and DigitalOcean
but not even sure if this is related to streaming

I can’t pinpoint anything else even in the IPS log.

Perhaps this will help.

I know that this subject is old, but to date I have not been able to get an actual firewall rule to work on IPFIRE. I have done some research on the Ports. In addition I called and spoke with one of the network Tech’s from HULU, he indicated that any of the ports forward should work, but suggested Port: 1935 - Protocol: RTMP - Transport: TCP/UDP (Both). The biggest issue i am facing is IPFIRE does not support the RTMP Protocol. All other Open Source Firewall’s program support RTMP. Port, Pro…

Anyone is running a Roku streaming device or Smart TV behind IPFire?

Hi Trish - I don’t use a Smart TV but I do have Apple TV (and many Apps) and that works very well.

Try turning off Location block / GeoIP temporarily (until this is fixed).

Curious what is the setting for Default firewall behaviour (menu Firewall > Firewall Options)??

I’ll dig up my old Roku device and plug it in later this week. Too many other items on the to-do list today and tomorrow!

Plugged in and set-up the Roku. All works A-OK with the apps: Netflix, Fubo & Apple TV. I did not add any firewall rules for the Roko.

Thank you for all the replys/

Netflix is the only app that works without issues.
Amazon, and Youtube kind of started to work around 1:30 AM, weird maybe there is a bandwith issue because they both don’t work during normal hours.

I will try to turn off Location block, although it only blocks incoming connections right?

The ports for Hulu are outdated, not working.

Here are my firewall options, I think it is basically default whatever shipped with IPfire 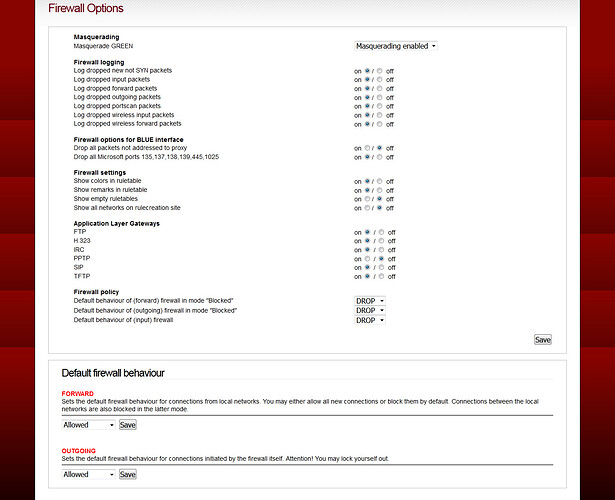 I can try Amazon and Hulu tomorrow.

Can you send the error you see? Maybe a picture or the error?

I see my QoS is NOT RUNNING.

Here is the Hulu Error

Hulu works A-OK for me. No errors.

Try turning off Intrusion Prevention System / IPS temporarily (until this is fixed).

It probably is a bandwidth issue more than an IPFire issue.

What are the Internet Service Provider (ISP) provisioned upload and download speeds? (i.e., what speeds do you pay for?)

You are right, it could be bandwith. The speed is 70/7 . But it could be that the whole neighborhood is watching Hulu at the same time.

have three roku’s, 70mbup, 5mb down, all three playing find on all those channels no problem IPS and GEO block enabled. Also bandwidth not big issue as do roku (netflix), VPN, VDI sessions from my moms house on a 10mb DSL up 1MB down.
May be way GEO block and/or IPS is setup maybe ?
what looks like in that log
DROP_NEWNOTSYN means received a packet that was not the start of the required 3 way handshake for the TCP connection, first packet not the SYN packet ?

What Roku devices are you using? I had a Vizio smart TV where Hulu stopped working earlier this year, but I found that was because the app wasn’t updated for 3 years, and Vizio never released an updated version. I ended up getting a Roku Premier for the TV, which resolved that (and a couple of other) streaming issues I was having. I have a couple of older Roku 2s that I stopped using because they couldn’t adapt to the newer capabilities of some of the streaming services I was using as well.

Was burnt by this too.
You should read some of the horror stories about Samsung smart TV,s.
I would recommend a dedicated device.
Like Roku.etc.When it becomes outdated cheaper to replace than whole TV. 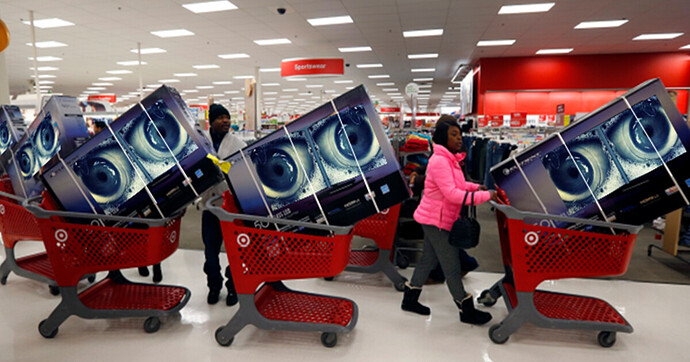 Smart TVs Are So Cheap Because They Are Spying On You, Vizio Executive Admits

This is why smart TV’s are so cheap because they are designed to spy on you, says Vizio executive. He also says they are forced to apply higher profit margins to normal TVs because they can not spy on you. Bill Baxter, CTO at Vizio, says in an...

Hi, Trish. Did you get this worked out? I’m running a variety of Media streaming devices (including 3 Rokus) on my network behind IPFire.

If you haven’t figured out the issue, can I suggest checking whether or not you can stream Hulu, Amazon, and YouTube from a computer on your local network? That will allow us to identify whether it’s a network-wide issue, or simply an issue with the configuration of the way your Roku is handled.

@jeffrussell37
I have a smart TV, with that has some proprietary apps.
The roku I am having trouble with is a Roku Streaming.
Version 9.4

@Jon @mwclarke13
IPS is not the culprit:

“We are having trouble plating this”
sounds like it can’t connect to the streaming server??

@bigmike
Streaming videos works fine using a browser on a PC but not using an App on Roku.

@trish I’m, admittedly, an IPFire newb, so I’m just trying to help identify what could be the issue.

Are your PCs on the same subnet as the Roku?

Do you have any other streaming devices on your network (Chromecasts, Firesticks, etc.)?

Could there be an IP conflict with another device on the network? It may be helpful to install the WIO (Who Is Online) add on to identify this.

Are you on the latest firmware on Roku?

@bigmike
Thanks for trying to help. Everything is on the same subnet and wireless,

Roku is wireless, PC’s wireless.
Other streaming devices: I have a smart TV
I don’t think there is an IP conflict, but I will checkout the WIO addon.
Yes I have the latest Firmware, I wonder if that;s the culprit, because meanwhile many people on that new firmware started to experience the same issues.

I guess it is just a freaky coincidence that when I started to use IPfire for Roku, a bunch of apps stopped streaming while others where working fine. Later people started reporting massive Youtube outages, and lately I discovered that the error I get from Hulu is just a generic error that tons and tons of people are getting.

The fact that there is nothing much in the logs was the confusing part.