I have performed the update on a Pcengines APU2 and it went perfect. The only thing, during the update, has given me the following error:

But hitting INTRO, you have returned to Pakfire and done it correctly.

Now it’s time to test it to see if I detect a problem, but for now, good.

After running OK for a few days, I encountered a network error:

In the process, I discovered that the backup does not contain “/var/ipfire/ethernet/settings” which would be useful for restoring a minimally configured new installation to previous settings.

I rebooted from a minimally configured core 153 and copied “/var/ipfire/ethernet/settings” across to core 154. Core 154 now generally working, but I still can’t browse to the gateway, which is the only way of configuring it. 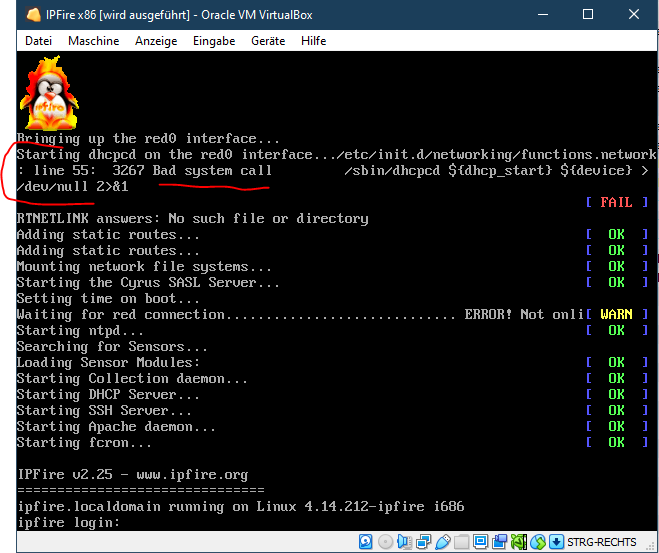 I did an update of a working x86 core 153 stable OVM instance and now the red interface is not working anymore, maybe due to the “Bad system call” on startup? - see screenshot.

Does the new build address the dhcp-fail? Anyway, how to fetch it? It is not offered as Available update by Pakfire in Repository “Testing”, and the “Unstable” repo delivers a core 155 build.

If you’ve already switched to the “Testing” repo and upgraded to 154, you’ll have to edit the file

The change log can be viewed in a browser at:

If you’ve already switched to the “Testing” repo and upgraded to 154, you’ll have to edit the file 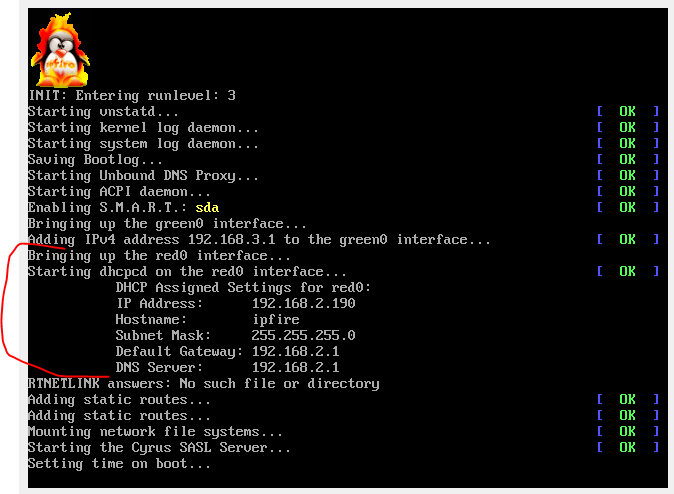