Blue not found after power off

i am using an APU1D4 with an Compex WLE600VX. System is a fresh install after hardware change from an old Alix Board. IPFire runs on Core 154. The card is found and works fine after fresh install. But when the system is powered off a couple off minutes the card isn’t found on reboot. It states “Interface blue0 doesn’t exist.” during boot.
Doing a modprobe ath10k_pci and a reboot brings the interface back, until next power off.
So i added ath10k_pci in /etc/modules.conf but that did not solved it.

Any suggestions how to solve it?

Tried to search for the reason why the network card isn’t listed after a power off. I looked into bootlog and there are some points with an ath10k_pci tag. Please see attached screenshot.
Might this be the reason for the above mentioned problem? 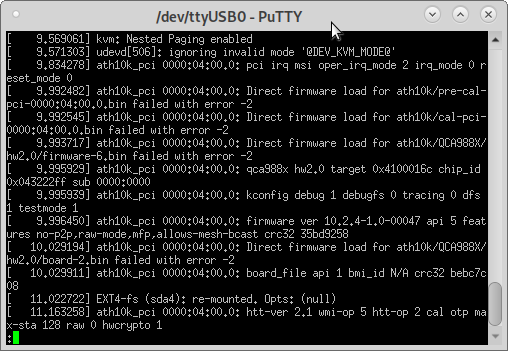